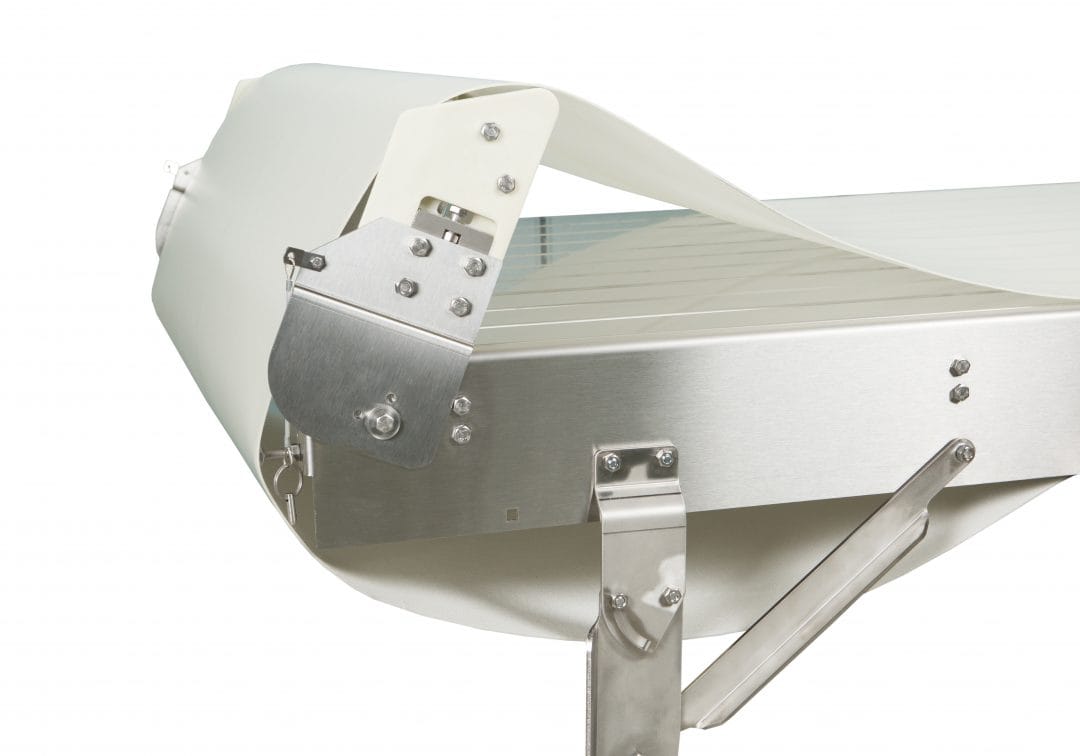 Perhaps the most important feature of a sanitary belt conveyor is the ability for it to be thoroughly cleaned. The new AquaGard 7350 V2 Series with tip-up tails checks off that box…and then some.

The AquaGard 7350 V2 with tip-up tails provide ample access to the inside of the conveyor for effective, fast cleanings, and easy maintenance. Tails can be tipped up in just a few seconds with no tools, and then retracted and locked back into place with the same minimal effort. 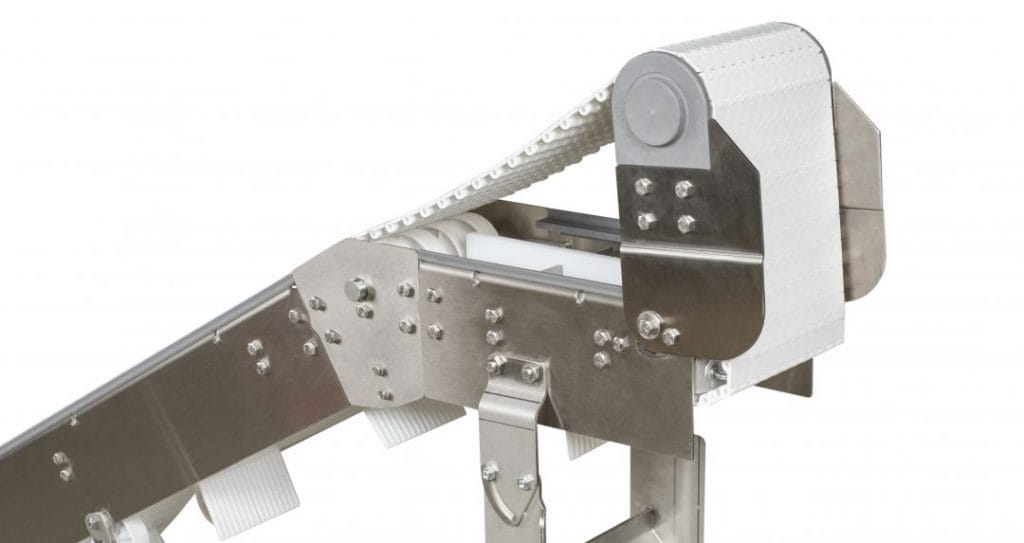 Tip-up tails are standard on the AquaGard 7350 V2 straight-belt models, and also available on  straight-running modular belt units. They come with improved strength in the tail for more rigidity and no flexing, as well as supporting the belt/chain closer to the tail for improved performance.

Debuting at PACK EXPO 2018, the AquaGard 7350 V2 is built for numerous sanitary applications within baking, snack food, pharmaceutical, pet food, packaging and other industries that require wipe-down and occasional washdown cleanings of the conveyor. The new conveyor comes in straight belt, as well as modular belt straight and curve models. Belted LPZ, modular belt LPZ and positive drive models will be available in the coming months. 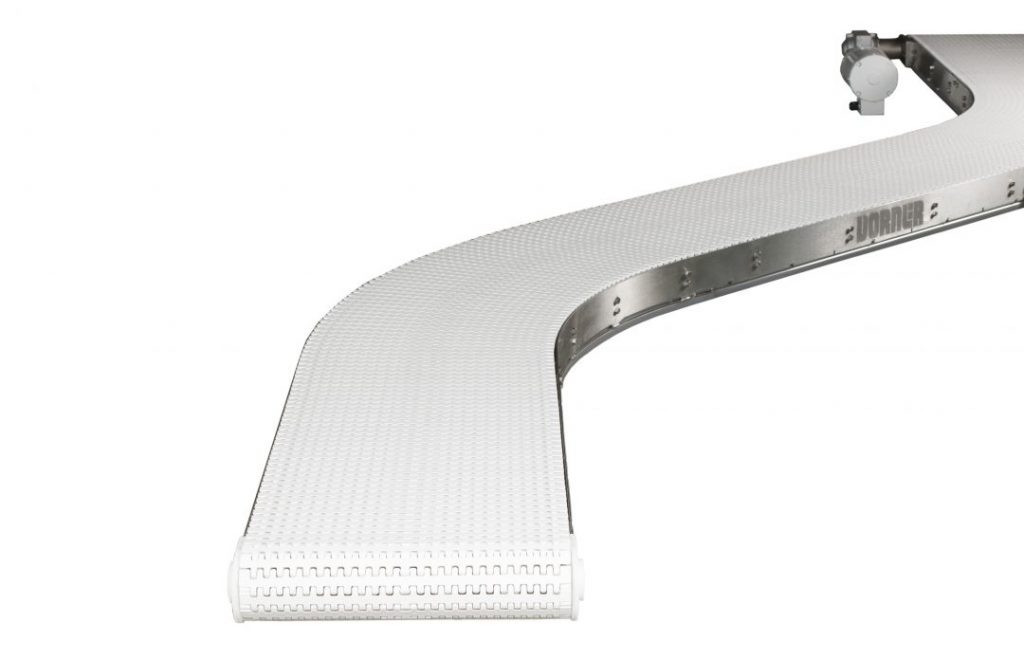 The AquaGard 7350 V2 is the safest, most advanced modular curve chain conveyor in the industry today. The modular belt curve conveyor has no openings greater than the international standard of 4mm, even within the curves, which increases safety by eliminating pinch points for operators. Added safety measures are also achieved by covering the upper and lower chain edges, and fully containing the drive system, which reduces catenary belt sag and conveyor noise.

Space reduction is another improvement on the AquaGard 7350 V2. The modular belt conveyor system is designed to maximize available plant space by keeping the footprint as compact as possible. Infeed and outfeed sections are a compact 18”, further saving valuable floor space.